As a parallel event to the presentation of the Teen Photographers’ Exhibition: “Humans and the Environment,” four distinguished photographers/photojournalists—including the leading team of Athens Photo World—are holding four photography sessions addressed to teenagers interested in photography.

At each session, participants will have the opportunity to become closely acquainted with the work of each photographer/coach, learn basic principles of photography, and photograph (with their mobile phones) various different parts/themes around Stavros Niarchos Park in various different ways.

A few words about the coaches:

THANASSIS STAVRAKIS
He was born in Stockholm in 1973.
He has been working as a photojournalist since August 1992. Until 1997, he worked for Greek photo agencies in Athens, covering domestic and international news, feature stories and sports events, traveling as a correspondent across Greece and abroad.
He worked for the daily newspaper Ethnos from 1997 to 1999.
During the period 1999–2001, he collaborated as a freelancer with the weekly magazine Epsilon of Kyriakatiki Eleftherotypia.
During the years 2006–2010, he featured a double-page photographic spread in each issue of Tachydromos magazine of the newspaper Ta Nea Savvatokyriako.
In April 2000, he began working for the Associated Press in Athens as a news photographer. Since then, he has covered dozens of major news and sports events around the world: social unrest, trips of the Pope, political events, Olympic Games, World and European Football Championships, Formula 1 races, World and European Basketball Championships, Swimming Championships, etc.
In recent years, he has photographed the coronavirus pandemic, the migration and refugee crisis, as well as the financial crisis in Greece and the ensuing political developments.
Since the summer of 2014, he is the Associated Press chief photographer responsible for Greece, Cyprus, Albania and North Macedonia.
During 2018–2020, he taught News Photography at ANT1 Media Lab, and has been teaching street photography in the cultural workshops of the Municipality of Chalandri since 2017.
He is the founder and artistic director of Athens Photo World, the annual international photojournalism festival in Greece, supported by a grant of the Stavros Niarchos Foundation.

CHRISTINA KALLIGIANNI
After studying Law in Athens and Kent, England, she has been working as a professional photographer since 2002, featuring publications of her work in various Greek magazines with a focus on travel.
She was an apprentice of Reuters News Agency in 2003, and then formed long-term partnerships with the daily newspapers Eleftherotypia (Geotropio magazine) and Kathimerini (insert Taxidia, insert K, and individual inserts on sports and gastronomy) as a photographer and a writer, along with a 10-year-long collaboration with the professional publications PHOTOnet and PHOTOnet Professional, while she also worked as a Copy Editor and Assistant Editor in two travel magazines. During the same time period, she edited the translation and texts of two photography books.
For four years (2011–2015) she operated her personal photo studio in Glyfada, STUDIO18.12. Since 2016, alongside her personal photographic production, she has assumed the general coordination of photography events, such as the Mediterranean Photography Festival (MEdpHOTO Festival) and, since 2018, Athens Photo World.
Since January 2016, she has been a PhD candidate at Panteion University of Social and Political Sciences, Department of Communication, Media and Culture.
To date she has presented one solo exhibition, has curated two exhibitions for the Mediterranean Photography Festival, and has been responsible for the design of the exhibitions “Eyewitness,” “Yannis Behrakis,” and “As I was dying/Paolo Pellegrin,” which were presented as part of Athens Photo World 2019 and 2021 respectively, at the atrium on the 4th floor of the National Library of Greece at the SNFCC.
This year she curated the exhibition of Theodore Nikolaou, “Wish Peace in Mind,” as part of the SNF/Summer Nostos Festival 2022 HEALTH.

DORA LAVAZOU
She studied Communication & Mass Media, Photography & Marketing.
For 17 years she worked for magazines as photo editor, editor and content coordinator (Dragouni Publications & Liberis Publications).
In 2015, she conceived and created the online photography magazine www.ifocus.gr; she then went on to create the first national photography team of teenagers and juniors, and curated several group and solo exhibitions at artistic venues.
In 2017, she set up iFocus Photo Gallery in the center of Athens (at Stoa Opera), where she has been organizing, coordinating and curating a series of exhibitions (group & solo). She has organized the international photography festival PhosAthens, dedicated to street photography, with the support of the photo company FujiFilm Hellas; a solo exhibition of art photography with the support of the photo company Olympus; and a photography workshop with Magnum photographer Gueorgui Pinkhassov. She has also coordinated and curated two group exhibitions featuring photographers’ groups from the Greek provinces and the iFocus social media community, in the context of Photovision & Image Tech.
Since 2019, she has been collaborating with Athens Photo World, coordinating the Teen Photographers’ Exhibitions in 2019 and 2021, and curating other similar group exhibitions. She is a Member of the Photography Circle, teaches photography in seminars organized by iFocus.gr, and contributes pieces to the magazine Fotografos and the online magazine iFocus.gr.

MICHAEL VARAKLAS
He is a photojournalist based in Athens. He has been collaborating as a freelancer with the Associated Press International News Agency and other foreign media. Since 2018, he has been covering key topics of domestic news, including natural disasters, the refugee crisis, political and social upheavals and developments. 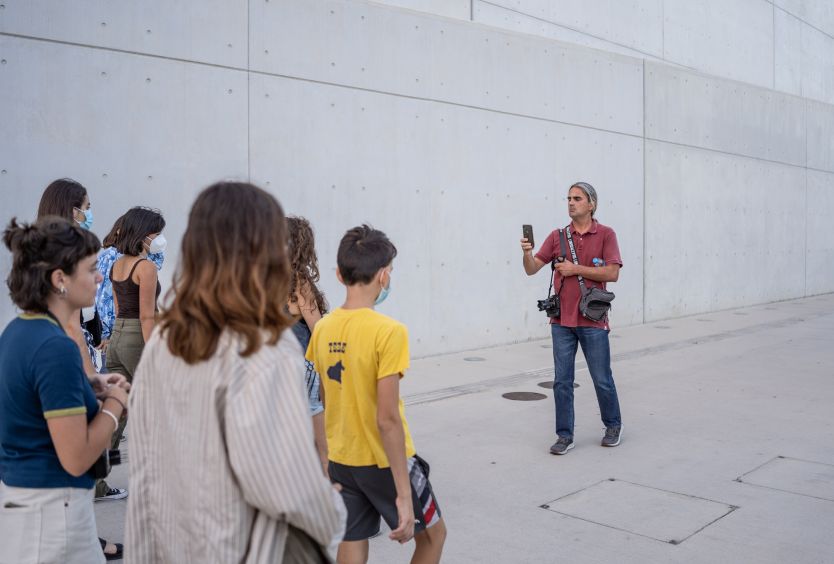 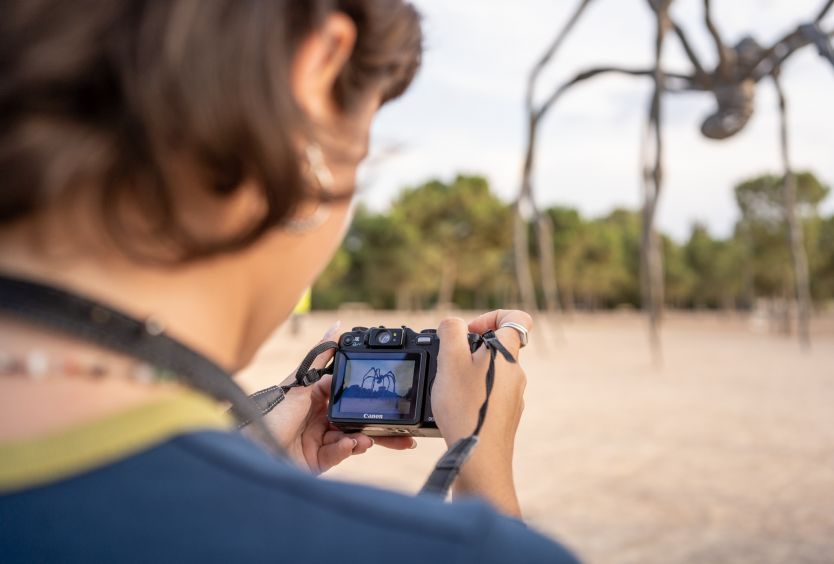 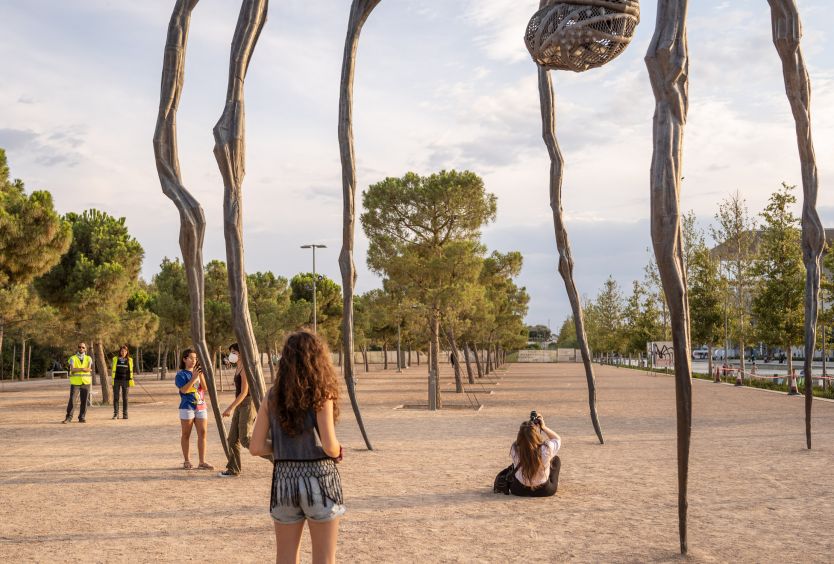 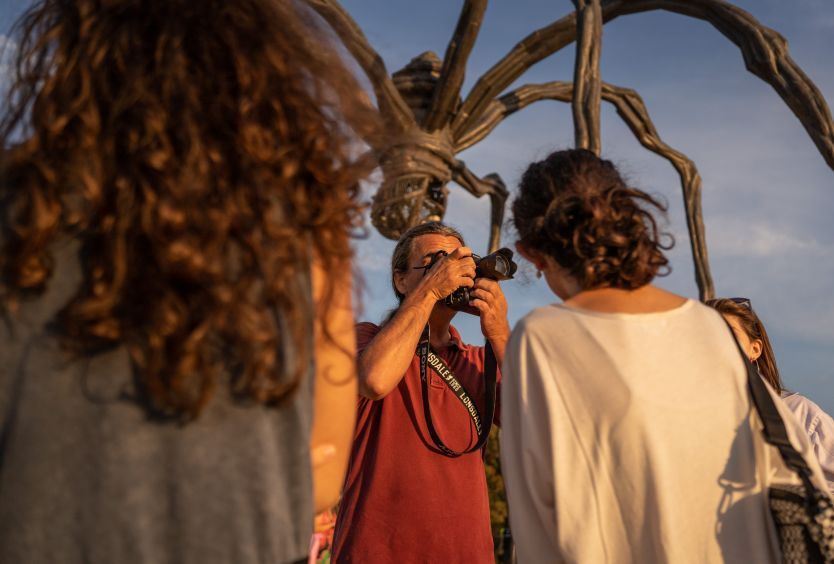 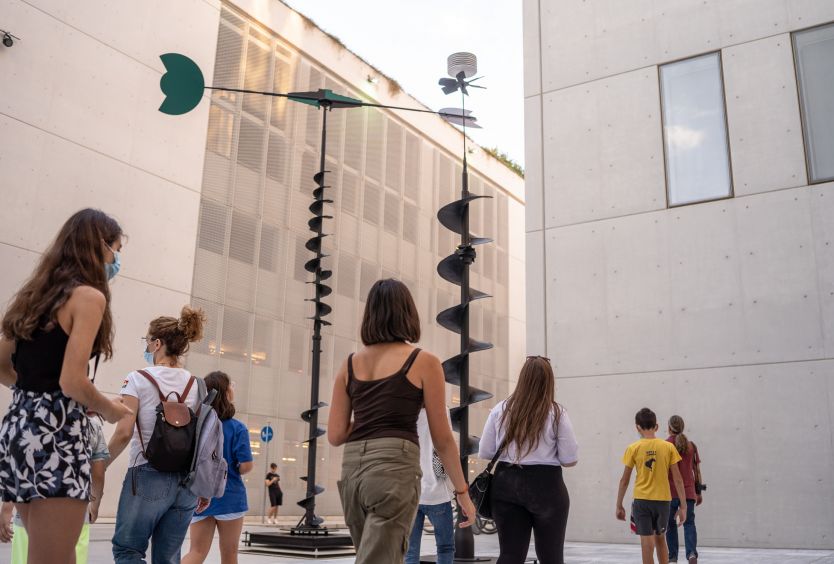 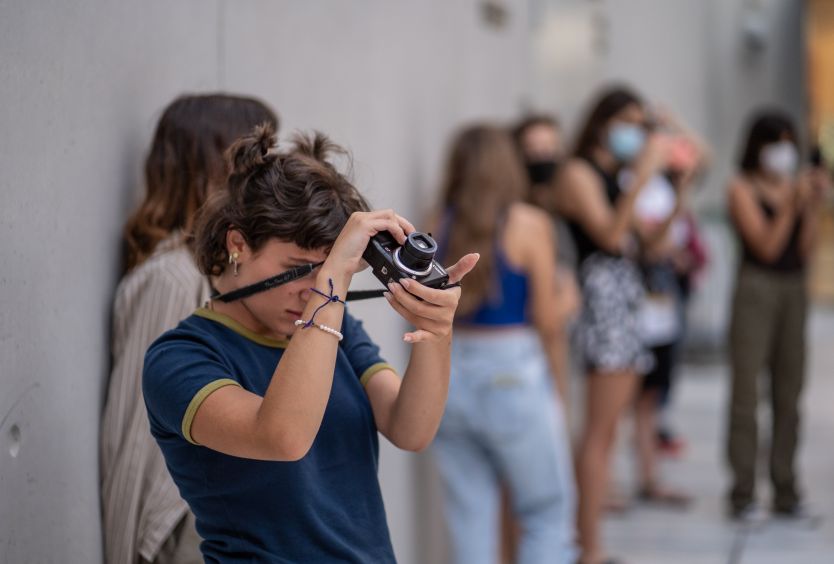 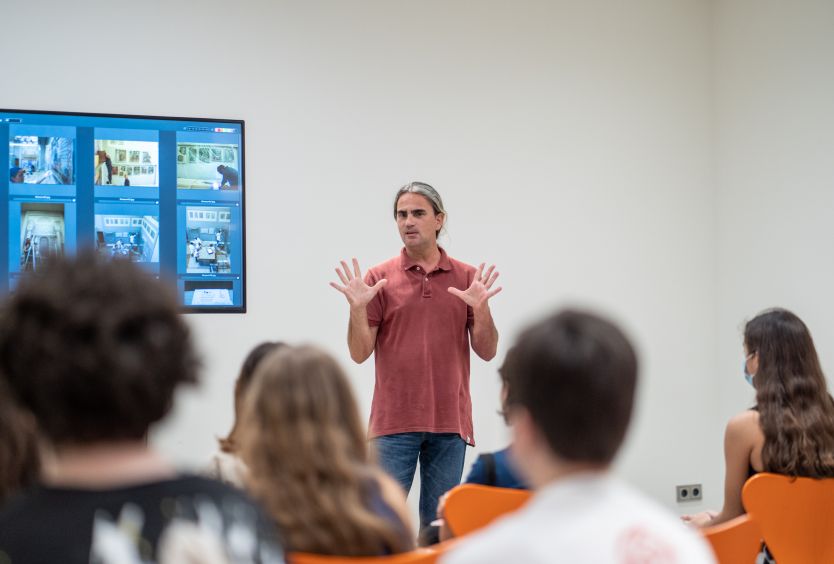