Renzo Piano was born in Genoa, Italy, in 1937 into a family of builders. While studying at the Politecnico di Milano, he worked in the office of Franco Albini. In 1971, he set up the Piano & Rogers office in London together with Richard Rogers, with whom he won the competition for the Centre Pompidou. He subsequently moved to Paris. From the early 1970s to the 1990s, he worked with engineer Peter Rice, with whom he shared the Atelier Piano & Rice from 1977 to 1981. 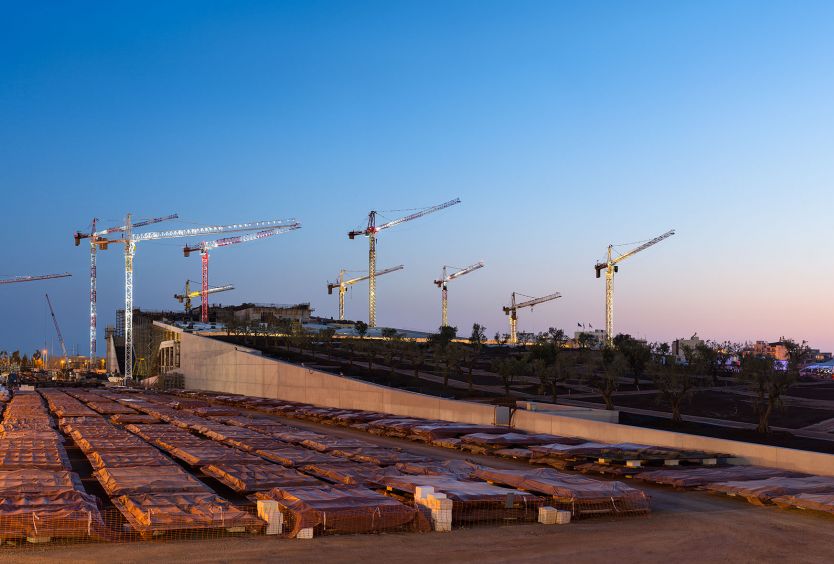 A simple but genius idea

As is often the case in the cities that generate their wealth from the sea, the primordial connection of the city and the water was lost due to the intersection of the Poseidonos Avenue. In one of his first visits, architect Renzo Piano found that despite the abandonment of the area, the links between the sea and the city were still visible. It was enough for him to climb to the top of a neighboring building to discover a magnificent view of the Faliro Bay and the Acropolis. Since then, the project aimed, above all, at restoring the natural and conceptual connection between the land and the sea. Since  his first visit to the site, Renzo Piano summed up the project to a topographic idea: to ‘lift’ a piece of land to design a sloping park, a hill under which he would place the building facilities from the top of which we would regain the lost view of the sea and the Acropolis.

The Canal redefines the relationship between the SNFCC and the waterfront.
More