In-progress archaeological study and research for the protection and conservation of archeological findings the authority and responsibility of the Greek Ministry of Culture. 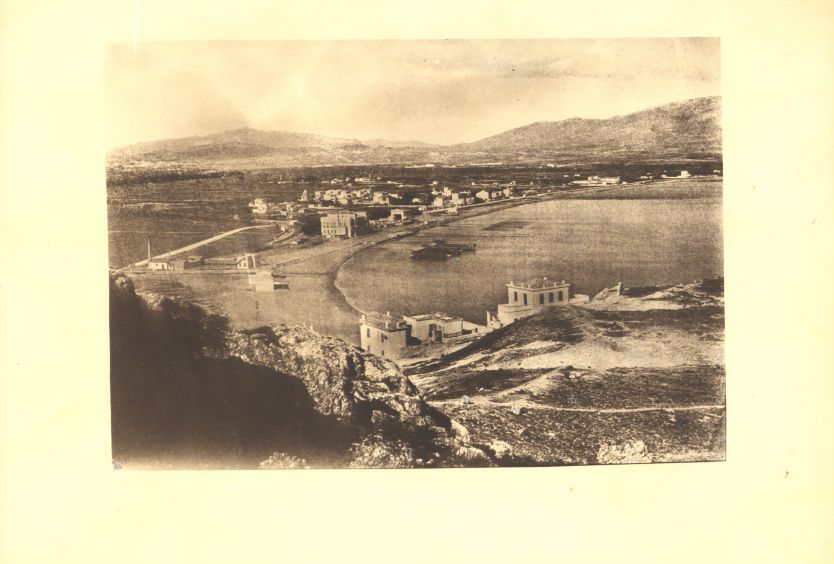 Phaleron (Phalerum) Bay is believed to be the oldest port of Athens, dating to the era of Pericles. Shipping activity switched to Piraeus only when Athenian politician and General, Themistocles (c. 524-459 B.C.), ordered a new harbor as part of his plan to achieve naval dominance and reinforce the city’s defenses. In the early part of the 20th century, Phaleron Beach was among the most beautiful in the Mediterranean; a cosmopolitan destination graced by a pair of luxury hotels, two piers running into the sea and a summer pavilion theater. 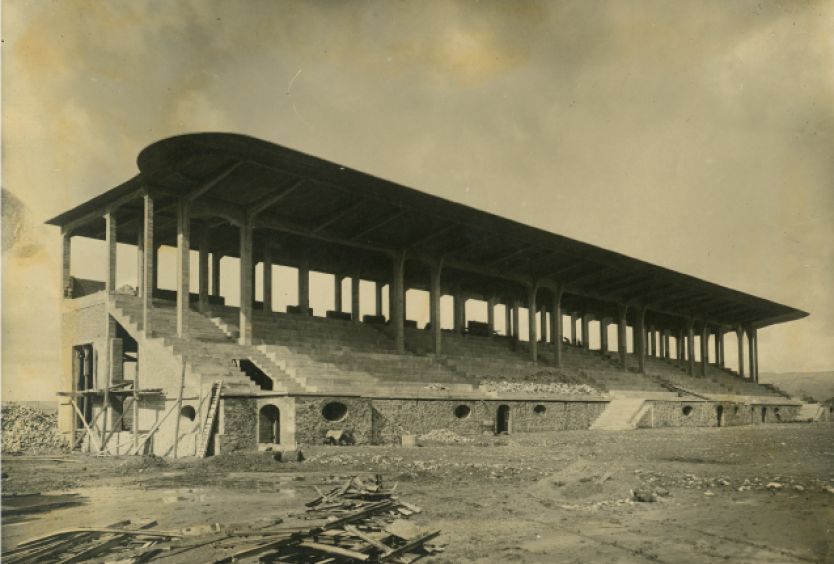 A modern horse racetrack (the Hippodrome)

Part of the area that SNFCC occupies today used to be a marshland. In 1924 it was drained and engineers Andreas C. Dracopoulos and Dionysios Papaleonardou and architects Sotirios Magiassis and Alexandros Nikoloudis designed and constructed a modern horse racetrack (the Hippodrome). The Hippodrome operated from 1925 to 2003. The activity generated by these lively seaside attractions was lost in the 1970s when Poseidonos Avenue was built, isolating the waterfront from the interior. This occurred more or less concurrently with the decline of the Hippodrome. 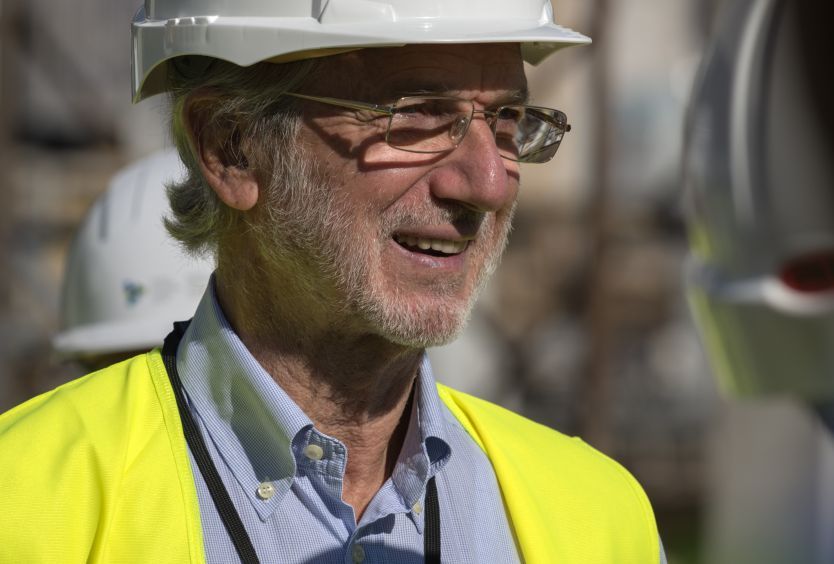 During the 2004 Olympics, the site was used as a parking lot for the sports facilities that were constructed in Phaleron. In 2006, when SNFCC’s architect Renzo Piano first saw the area, it was a neglected tract used for parking in daytime and illegal car racing at night. 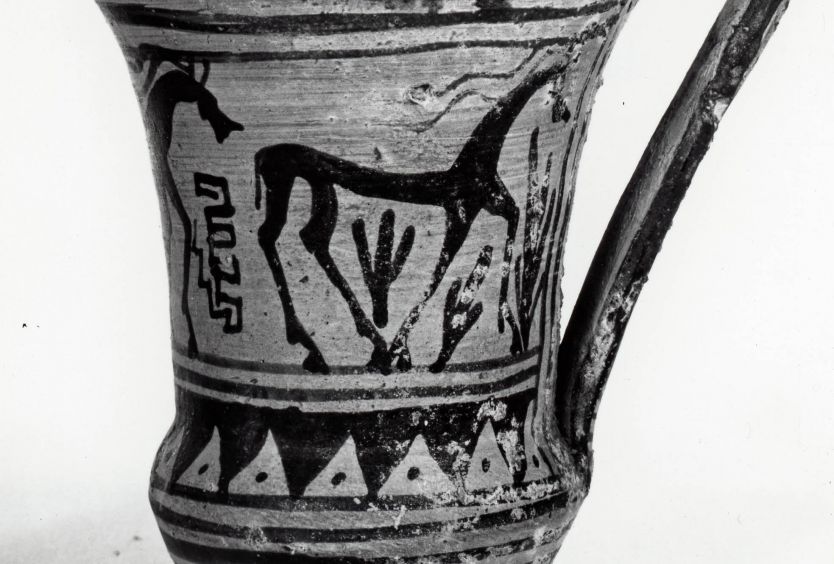 Since the end of the 19th century (1888 to 1890) ancient vases were collected from the area, some of which are now in the British Museum. The first excavations conducted by the Greek Archaeological Service in the south and southeast parts of the SNFCC site, revealed an important cemetery and a sensational for that time discovery, a group of people that were executed by apotympanismos, similar to the crucifixion of the Roman times.

Because further discoveries were anticipated, a full year was added to Stavros Niarchos Foundation’s original estimated completion date for front-running archeological excavations. Between 2012-2013, such excavations were conducted by the Ephorate of Antiquities of Piraeus and the Islands. 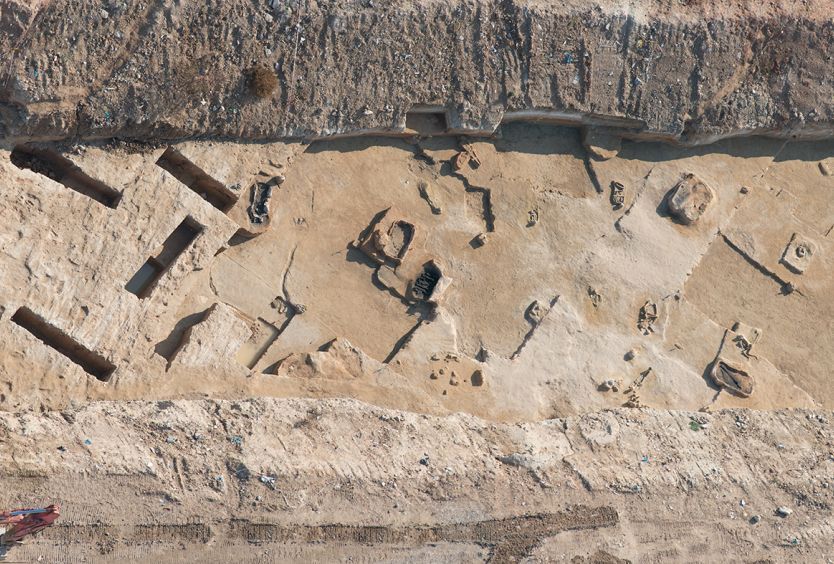 These new excavations revealed a hectare of this extended cemetery which covers a large part of the Phaleron waterfront. The cemetery was used between the late-eighth - fourth centuries B.C.

Until now more than 2000 tombs have been revealed, from simple pit graves and stone-lined cist graves to burials in amphorae, as well as some carefully prepared funeral pyres. A large percentage of the remains found belonged to infants and children due to the high mortality rate at the time. In addition, animal burials have been discovered; predominantly equine.

The Phaleron necropolis differs from other known ancient cemeteries as it includes a large number of people that were executed or tortured, including the mass grave of 80 men that were found shackled, a key finding that sheds light on a lesser known aspect of ancient Athens.